Have you thought about having a powerflush on your heating system? 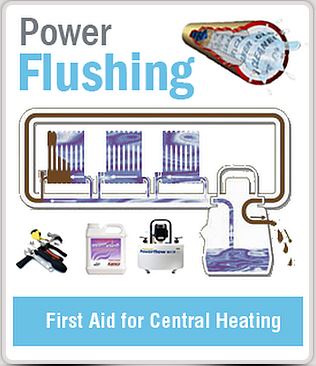 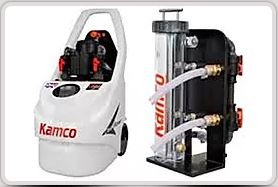 A power flushing unit sends water through your central-heating system at high velocity to dislodge any build-up of sludge, rust and other debris.

This helps to improve the efficiency and lifespan of the boiler and central heating system and prevent breakdowns. As with so many plumbing issues, regular maintenance (including power flushing) is the best way to keep your system in good working order

What happens during a power flush and how long does it take?

A powerful machine called a 'pumping station' is used to remove dirty water and sludgy build-up while introducing clean water. Our engineer may add a chemical to the system to break down sludge before the equipment is connected and the flushing process begins.

The power flushing process has several stages and your engineer will probably take between several hours to the whole day to complete the power flush.

When does my central heating system need a powerflush?

One or more of these symptoms could indicate that your central heating system would benefit from a powerflush: 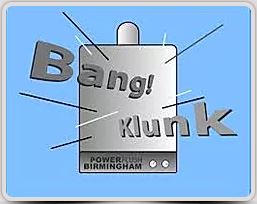 If you’re thinking of having a new boiler installed,

A powerflush can be a good idea, if you're having a new boiler installed but have an old central heating system with old-style radiators. Your boiler engineer can carry out visual and chemical checks which indicate the PH balance and levels of corrosive elements in the system. These will determine whether a full powerflush is needed. Sometimes a ‘dynamic flush’, using clean mains pressure water, is all that's needed. It is a requirement with every new boiler installation that the system is thoroughly flushed, although not necessarily ‘powerflushed’

Who should perform a powerflush?

This is not something to attempt yourself, particularly if your engineer also needs to open up your boiler or examine other faults in your central-heating system.

No. If there is a broken part in your boiler, or elsewhere in your central-heating system, power flushing will not fix it. Power flushing can improve the efficiency of your system and keep it running effectively but it cannot mend valves that have broken as a result of sludge in the system, for example.

Equally, power flushing is not the solution to pressure loss. That usually indicates a leak in the system – again this may have occurred due to inefficient running, but the power flushing will not solve the problem by itself.

Power flushing works best if it is carried out regularly from when a system is new.

Because power flushing pushes water around your central-heating system at high speed, it can increase pressure on any areas of weakness, such as rusting radiators. If there are any underlying weaknesses, it can lead to leaks.

Our central-heating engineer will be able to evaluate whether power flushing is the best option for your system. If there is an underlying fault, your engineer will need to check the system thoroughly to find and remedy.

Will power flushing remove all the sludge in my central-heating system?

No. We can never guarantee it will remove all the dirt from your system, but It will remove a good proportion of it, making the system more efficient and prolong its life and the components on it.

If you have a gas combi-boiler, then you may want to ask your engineer to remove the hot water heat exchanger, flush that separately on both sides as well, to remove any limescale build up, before refitting it into the combi-boiler.

This can be carried out at any extra cost. We may need to order new rubber seals for your boiler to carry this out and would require booking in advance.